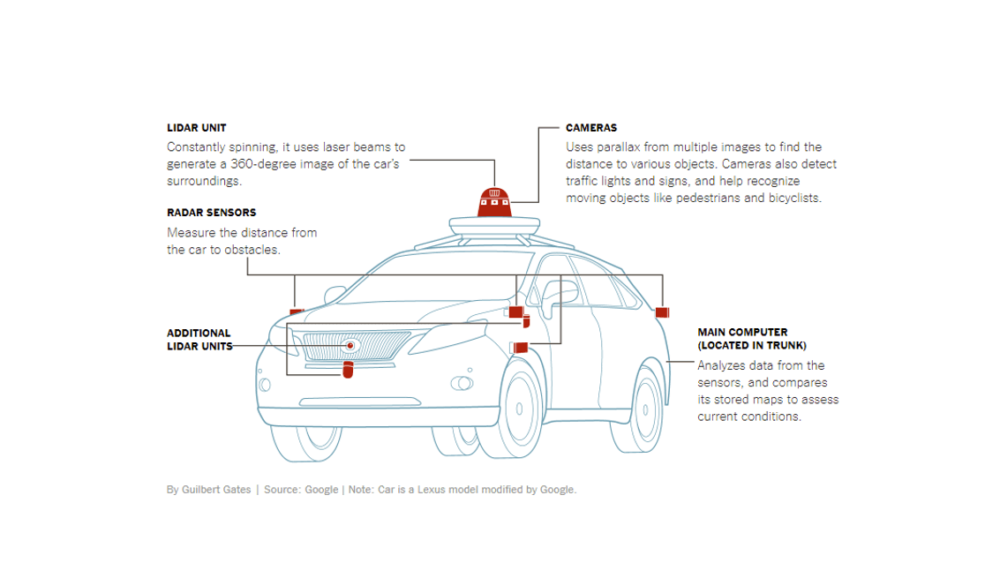 The fatal crash of Uber’s self driving vehicle highlights what many in the industry have been saying all along, the technology is still some years away from being road ready. However, it must not be forgotten that the technology has evolved rapidly from what were initially just hopes and predictions in sci-fi movies and research labs. In it’s current form, self driving vehicles or autonomous cars are miles ahead in terms of overall safety than comparative human drivers. According to an Huffington Post: “Waymo has logged over two million miles on U.S. streets and has only had fault in one accident, making its cars by far the lowest at-fault rate of any driver class on the road— about 10 times lower than our safest demographic of human drivers (60–69 year-olds) and 40 times lower than new drivers, not to mention the obvious benefits gained from eliminating drunk drivers”

This current state of autonomous vehicles has been enabled by a number of components and sub-systems, which were not available earlier for mass market use. In this article, we discuss the sensors which are like the eyes and ears of the autonomous vehicle. While technologies like ultrasonic sensing for proximity have existed for a while, new sensor types especially LIDAR, cameras/optical sensors and radar sensors are perhaps the most important pieces of hardware in the race to unlock self-driving cards for everybody.”

Here we will discuss the three sensor technologies that are enabling the next generation of autonomous cars – Auto Camera & Optical Sensors, LIDAR Sensors & Radar Sensors. Here are some of the growing private institutionally funded companies in the three industry segments as covered by Kognetics:

In part II of this series, we will explore the software enablers that are driving the autonomous car into the 21st century and the ecosystem as covered by Kognetics.